The Ballad of Sami The Kid

Hello everyone, do you know Sami? Sami The Kid?
You know, he´s a very special guy. Now he´s 7 I think… no 8, 8 years old. He was always kind of shy and felt different than other people around him. Let´s call them birds as Sami would do, shall we? And we all know how much birds like to poop on people´s heads. That´s what Sami felt like. And he never understood it because he was a bird, too! He saw himself as a phoenix. Someone who should never be underestimated, cause he will stand up from his ashes. He saw himself as, a hunter and a keeper, a searcher and a believer, a master and a dancer, a question and an answer, a lover and a killer, as in Michael Jackson´s Thriller. One thing doesn´t have to exclude the other. You want to know him better, do you? Common, I´ll take you to him. Sami? Sami! Well, I told you he´s shy. ´Guess we´ll see him on the other side of the bridge.
I will tell you his story, let´s enter wonderful light or life.
And by light I don´t mean the sun. Indeed, Sami was scared of the sun, appreciating the moon, hoping that the gloved one, will reappear soon. He was full of joy and passion, even though no one was listening. That didn´t stop him from reaching to the stars. I remember one time he saw an angel. But do angels really exist? Perhaps in Buenos Aires. You know? Because of *good air*. ´Cause they´re flying and :D.. never mind. He found it funny. He had the really rare ability to feel everything around him, even without really being there. He always dreamed big. He just wanted love and harmony. Let us fly like the birds and love like the gods, that´s what he always said. Despite of the broken window, he tried to stay positive. There was nowhere to go, but still he turned around and went away, somewhere uncharted and unknown. But one day the birds found him.. the ravens, and perhaps it was this unkindness of ravens, driving him into madness,
so let´s enter elegant darkness, fears and tears.
He never really liked cars and trains. He thought that they were full of ravens hunting him. And since then these cars and trains have been driving… no, creeping through his veins, unshackling from their chains, getting out of the maze and searching their way into another place, up to his brain. Up there, they changed him. His brain became his fear, his blood became his tears, his bones became his hopes, his eyes became his dreams. It would have been alright if his eyes hadn’t been squeezing, his blood hadn’t been leaking, his bones hadn’t been melting and his brain hadn’t been winning.
Did you hear this noise? It seemed like a voice. Is it good or is it bad, will it hurt him, is it mad? Whiplash, whiplash show some kind of respect. White flesh, black flesh ingest another pill. Flashback, flashback forgotten thoughts hitting his neck. And behind those eyes, lays a maze full of rotten minds and lies. Dangerous voices keep judging their homes and dividing their thoughts. But they knew there will be the time, they need to get stronger, but it will be the time, they can´t stand up longer. *break*
Sami realized that life isn´t like in his beloved movies, creamy and sweet, like a good smoothie. And this is why, in the end, Sami tried to find solutions in different dimensions. So let me take you once more, into another part of his life.
Let us enter, or should I say, let us leave, escapism
Let us escape from this world, without losing time taking a sip, invincible and unbreakable, on our golden rocket ship. And on this golden rocket ship, Sami searched for a way to fulfill his deep desire of escapism. It´s hard to believe but even with his age, he started doing drugs. Maybe using some inspiring chemicals, he succeeded in defying gravity and just flew away. Flying higher than Mount Everest and deeper into his world. A world filled with love and hope, but far far away, like the almighty black holes. Pulling everyone who misunderstands them into their hearts, to kidnap their lunatics into the stars. „What a cruel thing“ you might say, but don´t worry, Sami wasn´t scared at all. He just took his wings and flew away, if necessary. Once you reach his level of freedom, it´s impossible to come back, back where all earthbound folks, fall on each other’s backs. The hole was his freedom, the hole was his tune and with rhythm and melodies, dancing, was all he could do. He might be the frog, the frog of the story, but you all should know he doesn’t and never wanted to marry the princess, he´s a gentleman.
3 stories untold
3 stories unseen
3 different versions of what´s hiding in …
Do you KNOW Sami? 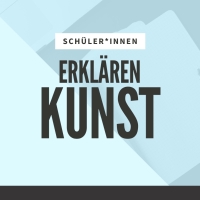 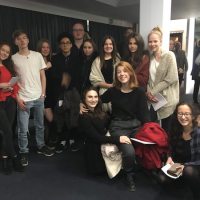 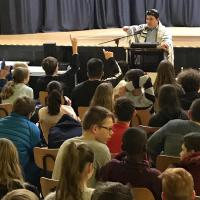 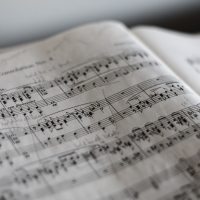 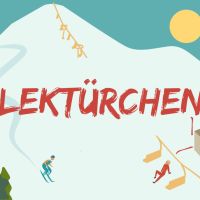